I have heard this question come up now and then where someone wants to separate the names and columns seen by users from the names and users used in SSAS and in the reports. The main benefit this has is that name changes will not result in broken reports.

Turns out there is a neat trick that will allow you to do this. The trick is for you to add a translation to the model in the same language as the culture of the model is set to. As you know at the time of writing Power BI doesn’t support translations (it is planned though: https://docs.microsoft.com/en-us/business-applications-release-notes/october18/intelligence-platform/power-bi-service/dataset-metadata-translations) but when you add a translation for the default language (again the same as the model) Power BI will pick it up automatically

Lets take a look. First you need SQL Server Tabular 2016 and up or Azure Analysis Services to support translations. Next I create a new model in SSDT and to make sure I check the culture by looking at the BIM file (using code view): 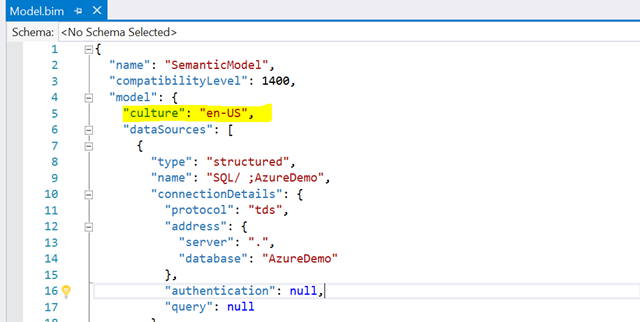 Now we need to add a translation for the same language. Unfortunately the tool doesn’t allow you to add the same language as the model (oops I was the PM who added this feature..) but it is easy to change later.  Close the bim file and double click the model again to open it in the visual editor and select manage translations under Model in the top toolbar. Now add any language, select the language and press export. 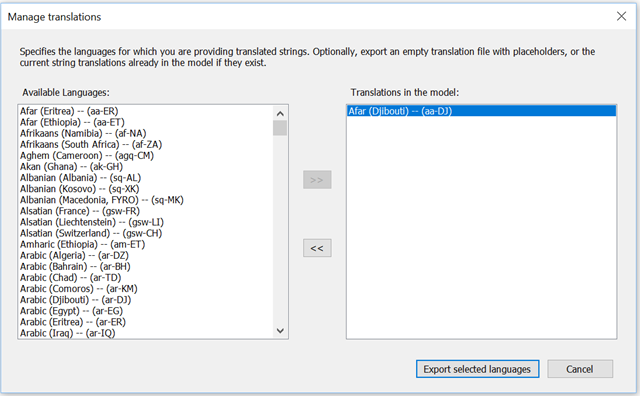 Now open the JSON file with your favorite editor:

And change the name to the same string as the culture of your model and add the translations. 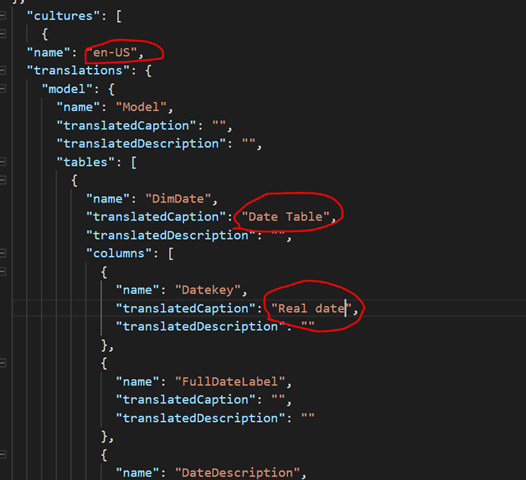 Save the file and load it back in, go to Model, Translations, Load translation and select the JSON file again.

Now you see the translations is added: 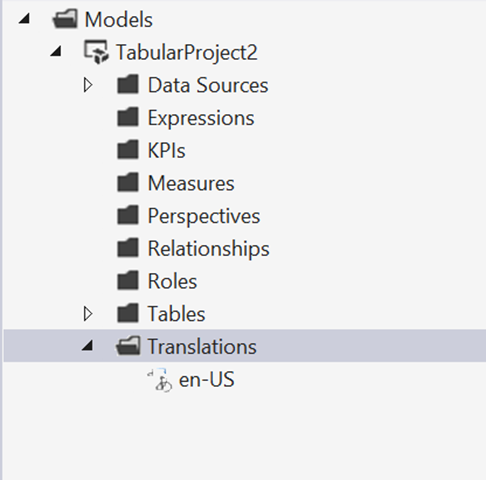 and now when I connect to that model using Power BI I see the translated names:

If I now use them in a visual it shows the translated name: 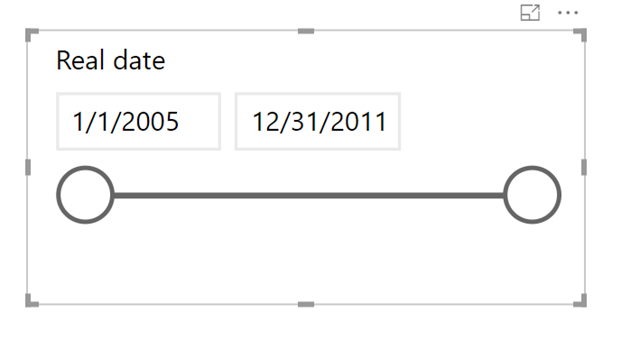 If I now rename the field using translations again to something else the visual still works and now has the same name (after a refresh): 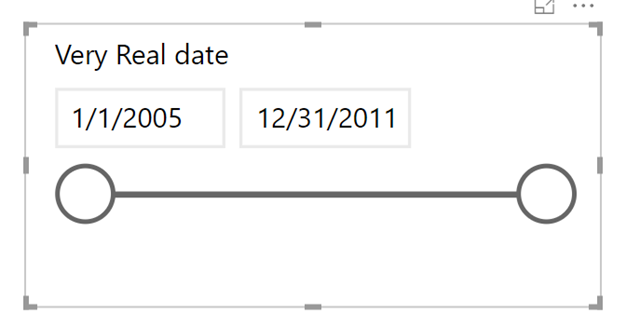